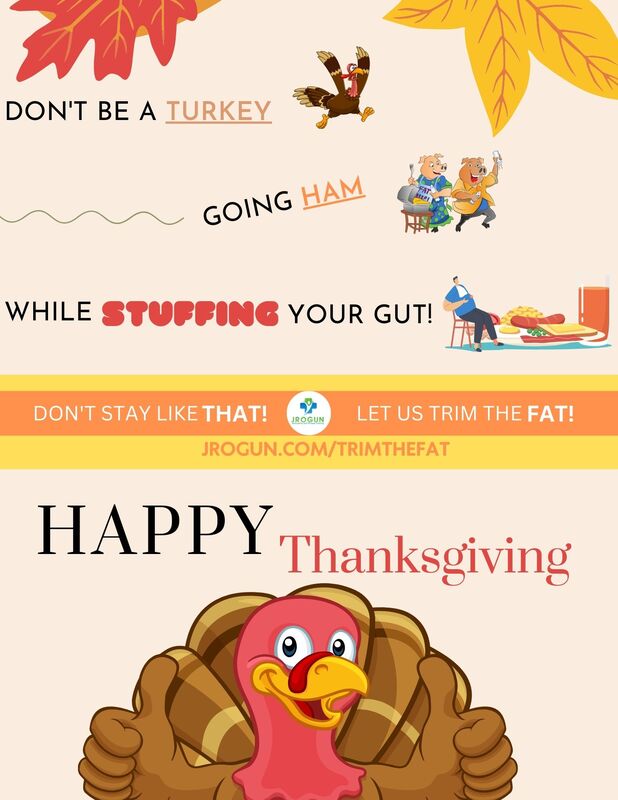 TRIM WITH NUTRITION
TRIM WITH BOTH FITNESS & NUTRITION

When you overindulge during the holidays, you not only gain weight, you can also overtax your digestive system as well as lose sleep and develop heartburn. ​‘Tis the season to celebrate.

As we gather with friends and family, we snack all day on tasty appetizers, enjoy festive cocktails, include wine with dinner, and cook multicourse meals that include grandma’s favorite sugar-laden pies.

Then there’s the company party, the holiday girls’ night out, a New Year’s Day football game.

Let’s face it: ‘Tis the season to pig out.

The average American gains between 1 and 10 pounds between Thanksgiving and Christmas, depending on which study you want to believe.

Not that big a deal, right?

Considering that 38 percent Trusted Source of people in the United States are obese and 33 percent are overweight, and that we gain and keep an average of between one and two pounds every year, even one additional pound spells trouble in the long run.

What happens to your body?

​One of your stomach’s big jobs is to secrete hydrochloric acid to begin the digestive process and kill bacteria as food moves through your digestive system.

The more you eat, the more acid you produce. And some of it makes its way up the esophagus, resulting in heartburn.

Big meals slow your digestion and food spends more time being processed. That causes the gassy, bloated feeling you often have after a big meal.

As your body calls “all hands on deck!” to digest the food load you’ve just consumed, it sends more blood to your gastrointestinal tract.

That means less blood is available to transport oxygen and nutrients to other parts of your body, leaving you sluggish and lightheaded.

Pigging out also causes your blood sugar to spike, especially if you’re consuming a lot of carbohydrates or sugar.

When blood sugar rises above normal levels, you release excess amounts of the hormone insulin and you get an energy spike.

The initial boost may spurt you onto a quick kitchen cleanup, but it’s usually followed by a crash.

Your body thinks you don’t need all that energy as fuel and it starts storing more of it as fat.

Add alcohol to this caloric overindulgence and you’ll probably toss and turn all night.

When you wake up in the morning, you’re starving because your pancreas has been working overtime to process all that food and drink.

You might also have a headache, difficulty concentrating, brain fog, or fatigue.

So even if you only gain a pound or two from holiday indulging — who needs that extra pound, or a food and drink hangover?